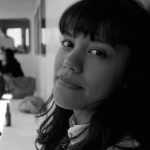 Arguably the most viewed historical landmark in Montreal, the Farine Five Roses sign has been greeting visitors to the city since 1948.

If you’ve ever entered Montreal from the South-West (by way of the Champlain Bridge, for example) or just looked in that general direction, chances are you’ve seen it before. A bright red, blinking sign that reads “FARINE FIVE ROSES”─each letter being about fifteen feet tall and propped up by enormous steel scaffolding─the sign has been a prominent feature of the city’s skyline for over half a century. Though it was originally intended to be a mere advertisement for the flour mill below it, the sign has gradually become a Montreal icon and a token of our city’s industrial past.

A product of Montreal’s industrial era, wherein the city was hailed as the “industrial centre of Canada” for nearly a century, the mill is just one of the neighbourhood’s many old manufacturing facilities. According to the Industrial Architecture of Montreal archive, “between 1847-1945, the area surrounding the Lachine Canal had the highest concentration of industrial buildings in the country.”

This concentration of industrial activity was sparked by the construction of the Canal itself, which began in 1821 and was completed in 1825. A waterway that connects the Great Lakes with the Atlantic Ocean, the Lachine Canal dramatically increased Montreal’s capacity for importing and exporting goods, turning it into an ideal destination for industrialists, while also attracting “both immigrants and the rural population of Quebec.” As surrounding faubourgs became densely populated, warehouses, manufacturing plants, and railroads were spread out among the residences, resulting in the industrial architecture that still characterizes the area today.

The mill itself was opened in 1946. Dubbed the “New Royal Mill”, it was built by Ogilvie Flour Mills Co. Ltd., a family enterprise whose involvement in Canadian mills dates back to 1801. Industry 67′ Centennial Perspective reports that Alexander Ogilvie constructed his first mill at Jacques Cartier, Quebec before moving to Montreal in 1811 ─ here, the company built their first modern mill in 1886. They eventually expanded across Canada and, “when flour was, in effect, a munition,” the output of the Ogilvie Flour Mills contributed to the provisions of the Allied Forces throughout the First and Second World War. In 1941, construction on the New Royal Mill began and was finished four years later; in 1948, the sign was installed, reading “FARINE OGILVIE FLOUR”.

The first change to the sign happened after Ogilvie bought out one of their largest competitors, Lake of the Wood Milling, in 1954. With it, they acquired the well-known Five Roses Flour brand and the original sign was subsequently replaced with “FARINE FIVE ROSES FLOUR”. The sign’s second major alteration, on the other hand, reflected a change in Quebec’s political climate ─ during the ’60s, a surge in Quebec’s sovereignty movement spurred a renewed desire to legally define French as Quebec’s official language. In 1977, Bill 101 was passed, in order “to make French the language of Government and the Law, as well as the normal and everyday language of work, instruction, communication, commerce and business.” Signage was no exception and, later that year, the word “FLOUR” was removed.

More recently, the New Royal Mill became a site of controversy once again when a change of ownership threatened to shut the sign down permanently. In the mid-nineties, Ogilvie was purchased by Archer Daniels Midland Company (ADM), who eventually sold the Farine Five Roses brand to Smuckers in 2006. That summer, the sign was turned off, causing public outcry over their plan to dismantle it. Advocacy groups such as Heritage Montreal and the Farine Five Roses Project came together to save what they consider to be a historical Montreal landmark, even though the city refused to legally “acknowledge the sign’s heritage value” at the time. The sign was promptly turned back on, but the fate of it remained unclear; left in a state of disrepair for decades, it was deemed a public safety issue.

Fortunately, it seems that the public’s rallying cries were heard this time. Back in December 2013, it was announced that ADM and Smuckers would be preserving the sign after all when Le Devoir reported that nearly one million dollars is to be spent on its renovation. Considering the silos have stayed unused for years and that they’re now in the hands of two big-name companies, it’s reasonable to speculate that the mill might be undergoing some renovations of its own in the years to come. Though this may even mean another sign change or two, we’re content knowing that the Farine Five Roses sign will continue to light up Montreal’s skyline ─ at least, for now.