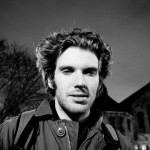 As winter comes to a close, many Montrealers are looking at their bank accounts and wondering: where did it all go? A lot of it went towards keeping you from freezing to death. Nothing drains your vault like good ol’ fashioned survival. But what if your pad kept itself warm simply by the nature of its design? And as a bonus, what if it kept itself cool in the summer? Well in 1998, one Montrealer designed and built a house for herself and her family to do exactly this, by using bales of straw as insulation.

“I’ve always been interested in ecological architecture, and was frustrated that there were no examples in the urban context,” says Julia Bourke, Montreal architect and partner at blueandyellow inc. “I proposed to build this ecological house right in the middle of the city.” The Centre-Sud proved the perfect place for her to build. It quietly possesses some of the oldest historic architecture in Montreal. Thus the lots tend to be wider and shallower – smaller, overall – which is more conducive to natural ventilation and access to sunlight.

Starting in the 1970s, however, these small lot sizes became problematic for the neighbourhood. Old buildings would burn down or be demolished, yet zoning codes prevented new construction on such small lots. To date, the Centre-Sud is peppered with vacant lots. Julia saw the vacancies not as a deterrent, but rather as an opportunity for experimentation. She received a grant and worked with the city to build an ecological house despite being in violation of a number of restrictive zoning codes.

The straw bale insulation and lime stucco over it allow the walls to breathe, a principle called “passive ventilation.” The walls let humidity pass through rather than trapping it inside. The air circulation prevents moisture from rotting the straw and keeps the house naturally cool in the summer.

Julia’s house demonstrates the feasibility and charm of living sustainably. Straw is an affordable material, and an effective insulant. Yet the insulation is only a part of its comprehensive ecological design.

Most homes cover utilitarian features like concrete slabs, losing access to their benefits in the process. “Culturally people think a concrete slab looks cheap or industrial, although now it’s kind of trendy. Concrete slabs are loft-like,” Julia says. “But that was a kind of obstacle that I was trying to overcome with this demonstration house.”

Furthermore, the straw bale house has two stories with a pitched roof, rather than the typical three stories with a flat roof. This provides the backyard with more sunlight and, to the benefit of human health, takes the space that would be a dank, mildewy basement and moves it up to an attic. In accordance with the principle that living in a poisonous space is bad, the house utilizes entirely nontoxic materials, and recycled materials whenever possible.

Since Julia designed the house fifteen years ago, the green design movement has become a household phrase. Despite these strides, she notes, “We’ve still got to address the consumer lifestyle. Even people with environmental principles put them aside when it becomes a question of spending on the fancy jacuzzi bath versus a triple-glazed window instead of a double-glazed window. So I think we’ve come a long way, but we still have a ways to go.”