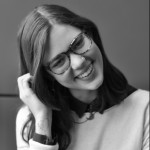 If you’ve hung around Montreal’s Mile End in the past year, you’ve probably noticed the sleek, glass-walled general store on the corner of St Viateur and Jeanne-Mance. Savoie Fils may draw you in with its careful selection of stylish men’s items, assortment of tools and trinkets, or even a well-crafted cup of coffee.

Stocking a selection of high-quality investment pieces with a focus on North American-made brands, the shop overcomes an air of exclusivity with the smaller details. Savoie Fils shares the space with downtown’s renowned Café Myriade in the form of a café counter locally dubbed “Myriade 2”. In its cohesive aesthetic and diverse offerings, the boutique has a dynamic atmosphere that invites passers-by to come in and explore.

We caught up with the shop’s owner, Matt, to learn a bit more about the business, its story, and its unique place in the neighbourhood.

The Main: Tell us a bit about your approach to curating the store. What’s the story behind the products you carry?

Matt: Because of where we are and the amount of money we have to put in to the store to make it run, we have to sell things that are a bit more expensive. So we try to get stuff that’s really well made, stuff that lasts, companies that warranty their stuff. You know, the right mix of basics and more fashionable pieces. The biggest challenge is finding the right balance of what you like, versus what you need to sell. If I was left to my own devices, I’d have straight-up crazy Japanese stuff. But we can’t sell $2300 knitted winter coats.

How did Café Myriade end up as part of this vision?

Technically we’re a dépanneur – we have a dep license – and we always wanted to have a coffee shop, but we didn’t have the know-how or the experience. Anthony, who owns Myriade, at first wasn’t into the idea at all. But our mutual friend, Ryan Gray (of restaurant Nora Gray) told us we’d get along great, so we sorted it out and made it happen. Since it is ultimately a very residential neighbourhood, there are a lot of people buying coffee. It works out well because a lot of people who wouldn’t shop here come in anyways.

How does the local community coming in for coffee and hanging out help shape the Savoie Fils side of the store?

It’s grown our clientele faster than we would have alone, and obviously we try to reflect who our clientele is as far as the product we sell… but it happens very organically.

It’s where we live. I never leave this neighbourhood anymore. [Settling into the space was] at first, a little touch-and-go – we had some self-entitled neighbourhood people telling us we were ruining the neighbourhood. But people get with the program pretty quickly.

How do you see Savoie Fils growing or changing as you move forward?

We still have some physical renovations to do to finish the store. Part of the original idea for the store is to start developing a private label, which is what we want to do for real now. We don’t want to do clothing though, just all accessories. We’ve also done a few special projects recently. One should be ready to release in a couple weeks.

Going forward, we just want to have a men’s basic shop, establish a clientele, put enough years behind us that we’re a very stable business, then start having fun with it. Then we can enjoy owning a shop, we can order different stuff. That’s the idea.