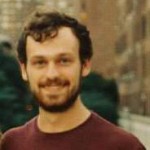 Alvéole is a local urban beekeeping group, headquartered in the Plateau, which collaborates with Montrealers to cultivate organic honey. So, no, they aren’t just random guys putting bees on your roof. But they can be if you’re into that kind of thing!

Where it All Started

Alvéole (from the French for cell), started as a backyard project between three friends, Alex McLean, Declan Jardin, and Etienne Lapierre, and has exploded into a major local honey producer. You wouldn’t expect this rag-tag bunch to be leading the charge, yet they’ve firmly situated themselves as apicultural experts in the city’s growing local food movement.

The trio were formerly students in piano, physics/literature, and jazz saxophone respectively. During their summer breaks, Alex and Etienne worked at an apiary in Manitoba —run by Alex’s uncle— to earn a bit of extra money. They ended up loving the work and decided to bring a few hives back to Montreal, installing them in their backyard.

That was three years ago. Since then, Alvéole has gone from two to two hundred hives, grown their team from three to seven, and have produced a lot of honey. Collaborating with other Montrealers dedicated to urban agriculture, they now offer education on how to keep bees and make ethical honey.

“people sometimes see the city as a completely constructed area. We think that there’s no nature. But the bees actually do find all of these flowers and they do really well.”

The city itself has been a great host for Alvéole’s work. Pesticides are illegal in Montreal, so the bees escape many of the problems (though not all) associated with bee population decline and Colony Collapse Disorder. The diversity of Montreal, with its variety of flowers and trees, yields healthy bees and great honey. As Alex put it, “people sometimes see the city as a completely constructed area. We think that there’s no nature. But the bees actually do find all of these flowers and they do really well.” The bees not only feed off the diverse landscape of the city, they also help to strengthen our local environment by pollinating local plants.

Last year, Alvéole began working with local communities, families, and individuals to install beehives on roofs, balconies, and terraces across the city. For $750, Alvéole installs a hive and maintains it year round, eventually extracting the honey, which is the owner’s to keep. Last year they set up thirty hives across the city and every one of their customers has come back for another year.

There are concerns associated with this model: maintaining sustainability is labour-intensive and they constantly operate in “the grey zone of Quebec politics,” where the government could pass a bylaw restricting their business at any time. However, as one of the first of a few groups leading Montreal’s urban agriculture movement, Alvéole can work to determine the future of beekeeping in Montreal.

The diversity of each neighbourhood creates a special brand of honey because these different micro-environments hold different trees, fruits, and flowers, and create different tastes and textures. Alvéole packages its honey by neighbourhood so that you can taste the difference between Plateau honey and Sud-Ouest honey.

Alvéole has consistently sold out of all of their honey. But the company has other concerns as well. They explained, “We’re not saying we’ll be able to produce 10,000 kilos; the city is a limited area and there’s not that much that we can produce. We’re keen on just producing a smaller amount and running out of it, but making it in an ethical way.” The ethical aspect involves education and community partnership, organic methods, and greater treatment of the bees and their environment.

You can catch their two year anniversary party tonight, complete with tastings and a little surprise!

Do you want bees on your roof? Let us know!