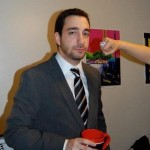 Our beloved Montreal Canadiens begin their 105th season of play this Wednesday so we took a look at what Habs fans can expect this coming season. Hopefully PK Subban’s farts will help this year. Anyway, here’s our Montreal Canadiens season preview:

The Year That Was:

Last season, very few hockey journalists/prognosticators had the Canadiens reaching the NHL playoffs. Nos glorieux responded to these tepid expectations by having their best season since they last won the Stanley Cup in 1993. They made it within 2 games of a berth in the Stanley Cup final before succumbing to the New York Rangers. Carey Price cemented himself as one of the top goalies in the league by having an excellent statistical season and earning an Olympic gold medal to boot. Max Pacioretty established himself as a sniper, finishing in the NHL’s top 5 in goal scoring. PK Subban did his thing and remained one of the most dynamic players in the league. Shortly after the Canadiens’ season ended, general manager Marc Bergevin got to work. He gave Lars Eller and PK Subban very lucrative contract extensions before beginning to retool the roster.

Brian Gionta: Gionta performed admirably as the Habs’ captain for the last four years, but his statistical output declined markedly last season and management felt that his leadership qualities alone were not worth offering him a new contract.

Josh Gorges: Traded to Buffalo for a draft pick, Gorges was most likely a financial casualty as Bergevin desperately had to clear salary space in order to re-sign PK Subban. Just as with Gionta, Gorges’ departure deprives the Canadiens of leadership more than talent on the ice.

Thomas Vanek: Acquired at the trade deadline last year to add scoring depth, the entire fan base knew he was likely to jump ship to Minnesota as soon as his contract was up at the end of the season. Turns out he jumped ship to Minnesota.

Peter Budaj: Carey Price’s former backup was deemed expendable after Dustin Tokarski did a fine job replacing an injured Carey Price at times during both the regular season and Playoffs.

P.A Parenteau: Acquired in exchange for the borderline useless Daniel Brière, Parenteau has the ability to be a top line scorer when he decides to put in the necessary effort. The problem is, such effort isn’t always forthcoming

Tom Gilbert: Signed from Florida, he is supposedly a statistically superior Josh Gorges who, unlike Gorges, has a strong shot that can help on the powerplay.

Jiri Sekac: A mysterious Czech phenom who was signed after he obliterated all competition in Russia’s Kontinental Hockey League. The big question is whether he’ll be able to adjust to the North American style of hockey.

The Canadiens don’t miss their departed leaders as Max Pacioretty, PK and Carey Price step up to form the new, young leadership core of the team. Pacioretty maintains his torrid goal scoring and is joined by 20 year old Alex Galchenyuk who scores 30+ goals and finally blossoms into the star player the Habs brass thought he would be when they picked him 3rd overall in the 2012 draft. Parenteau and Sekac adjust well to their new home, Carey keeps being Carey and PK blossoms into the second coming of Bobby Orr. This all allows the Canadiens to make it to the Stanley Cup finals based on their scoring depth and stellar goaltending where they’ll have some tough games against the Kings or Blackhawks.