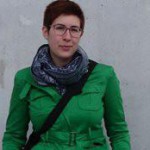 At 6:55 a.m. on April 26, a baby boy named Arthur took his first breath. But, unlike thousands of infants born since 1926, Arthur’s parents did not make their way to 687 Pine Avenue when it came time to bring him into the world. Instead, his birth at the McGill University Health Centre’s newly christened Glen Site signaled a new era for the Royal Victoria Hospital.

For 89 years–ever since the Montreal Maternity Hospital merged with the Royal Vic, in 1926–expectant mothers had held their newborns for the first time in the Hospital’s Women’s Pavilion, part of a cluster of majestic limestone buildings built on 10 acres of land at the foot of Mount Royal. The land had been donated by two distinguished figures in Montreal history: Donald Smith, 1st Baron Strathcona and Mount Royal, and George Stephen, 1st Baron Mount Stephen. Both men were Scottish-born immigrants to Canada and made their fortune as businessmen, co-founding the Canadian Pacific Railway among other pursuits.

In 1887, Strathcona and Mount Stephen purchased the land and donated it to the City of Montreal on one condition: that the site would be dedicated to healing. Six years later, the Royal Victoria officially opened its doors to an eager crowd of Montrealers, many of whom arrived several hours early to see their new hospital.

Since then, the hospital’s history has been dotted with many “firsts” of Canadian medicine. In 1949, Dr. W. Turnbell performed the first transplant of a cornea in Canada. In 1958, one twin donated a kidney to the other in the first renal transplant. In 1960, the first Canadian lung transplant was performed. (You get the idea.) This impressive record did not falter after the Royal Vic joined four other Montreal hospitals in the creation of the McGill University Health Centre in 1997: Eight years later, the MUHC was announcing the birth of the first baby born from a frozen egg.

The hospital’s (and its founding fathers’) impact on Montreal history has been enshrined in its cityscape: a small avenue in Westmount bears the name of Strathcona, while George Stephen had an entire mansion built for and named after him. For nearly 100 years, the mansion, situated on Drummond St., in the Golden Square Mile, housed a private business club, aptly named the Mount Stephen Club. The building is currently being converted into a hotel.

Dr. Wilder Penfield, the Royal Vic’s famed neurologist and founder of the Montreal Neurological Institute, lent his name to an avenue running through the heart of the McGill campus. (Canada-wide, Penfield’s legacy will forever be associated with the phrase “I smell burnt toast!”)

However, the move to the Glen site, aimed at uniting the MUHC under one (figurative) roof, has thrown the legacy of the Pine Avenue site into question.

In bequeathing the land to the city, Strathcona and Stephen specified that it should only be used for the purposes of building a hospital. Elspeth Angus, an heir to Stephen, wants to keep it that way, as she told the Montreal Gazette.

McGill University has signaled its interest in buying up the former hospital and converting it into “modern academic and research space.” The university is currently conducting a feasibility study of its development plan, announced in March. Although McGill has stressed the symbolic importance of the grounds and buildings to Montreal, its vision does not include a place for healing or healthcare on the site.

In the conclusion to his 1994 history of the Vic, historian Neville Terry asked: “Whither now?” He ended that last chapter on the words of an executive member on the Hospital’s President’s Advisory Committee: “Today we do not know what lies ahead of us. We do not know what shape or form our organization will take in the future. But over the years we of the Royal Vic community have developed, honed and polished some quite remarkable skills and characteristics. We have learned to be creative, to be flexible, adaptive to changing circumstances and conditions. […] So we face whatever our next century holds for us, armed with these skills and infused with this spirit.”

The future of 687 Pine Avenue West remains uncertain. But in the Royal Vic community that spirit of creativity, flexibility and endurance lives on.

Photos of the Royal Victoria Hospital courtesy of Vincci and Zalgon.